Why I’m voting for Biden

The commander-in-chief of our nation’s 1.4 million service members is recovering from a coronavirus infection that has killed more than 2... 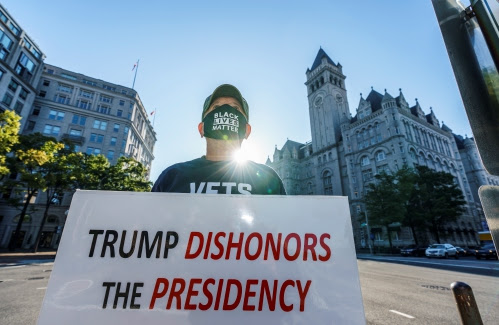 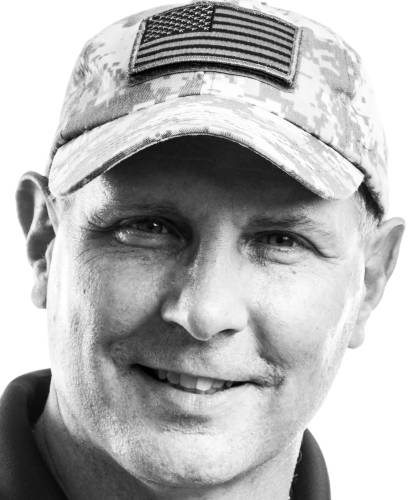 The commander-in-chief of our nation’s 1.4 million service members is recovering from a coronavirus infection that has killed more than 210,000 Americans, three times more than were killed in combat in Vietnam. Yet he is telling us not to fear the virus.

Like I imagine your reaction, my emotions range from anger and disgust to, yes, I must admit, moments of schadenfreude for a man who has rebuked and ridiculed others, including his opponent for the White House, for wearing a mask. Mostly, though, I am just demoralized.

As a commissioned officer for 20 years, I never spoke about politics or certainly endorsed a candidate for office to anyone but my immediate family.

It was strictly off-limits, period, to be partisan, by law and by decorum.

Even after I retired from active duty, I was reluctant to disclose my thoughts on who should run for the highest office in the land. Retired military officers, after all, collect a pension and can be recalled to active duty at the will of the president in the event of a national emergency.

I hid my thoughts so well that people just assumed I fit the stereotype — a clean-cut, stoic, conservative, defense-loving military officer.

In truth, I’ve been a Democrat since the day I walked into my town hall on my 18th birthday and registered to vote, some 39 years ago.

But when I wore the uniform, no one would have guessed my political persuasion because I believe when you are a member of the U.S. Armed Forces, it is not up to you to question why the politicians direct something. No, as the saying goes: It is up to you to do or die.

That would mean biting my lip when serving under Republican presidents, going to war even when I disagreed with the decisions above me, and keeping good order and discipline at all times, regardless of who was giving the orders.

Which is fine, unless of course if the person you must follow is not upholding his or her own oath. Then there’s a problem. The military should be able to rely on the other institutions to make sure that does not happen. But we have never had a president like the current president, or a complicit majority party in the U.S. Senate, or a MAGA-loving group of cult followers that has enabled and fueled him.

I do not like Trump’s brand, and I said so in 2016. I found him personally repugnant before he was president, and I find him even more repulsive now. But four years ago, I was willing to give him a chance even if he was defeated by the popular vote. The rules are the rules after all, and he was our leader by vote of the Electoral College.

But when it’s the commander-in-chief himself who is the gravest danger to our nation’s national security, and who, as Washington Post reporter Bob Woodward has said, is “assassinating the presidency,” then I have no choice but to speak up and to voice my opposition.

That I find ironic because it is Donald J. Trump who has perpetuated and exacerbated the greatest civil discord in our nation since the Civil War itself.

I say to Cavanaugh that our oath of office obligates us to now speak out, to be heard and to act, lest we not have a Constitution to defend in the future.

Every branch of the military has a commissioning source that has the same approximate honor code. Mine reads as follows: “We will not lie, steal, or cheat nor tolerate among us anyone who does.” Unless you’ve been watching Fox News 24 hours a day, seven days a week, then you know emphatically that our president has not lived by any honor code.

In recent months, when I’ve called out the commander-in-chief for violating the honor code, I’ve been called a leftist, a socialist and a Marxist. Call me whatever you want, but I am an American first, and I have sworn an oath, and I would die to protect our Constitution.

And when I enter the election booth in Ward 4, Precinct B at the Northampton Senior Center on Nov. 3, I will be using the black marker to completely fill in the oval for Joe Biden. Proudly and with conviction.

John Paradis, a retired U.S. Air Force lieutenant colonel, lives in Florence and writes a monthly column for the Gazette. He can be reached at columnists@gazettenet.com.