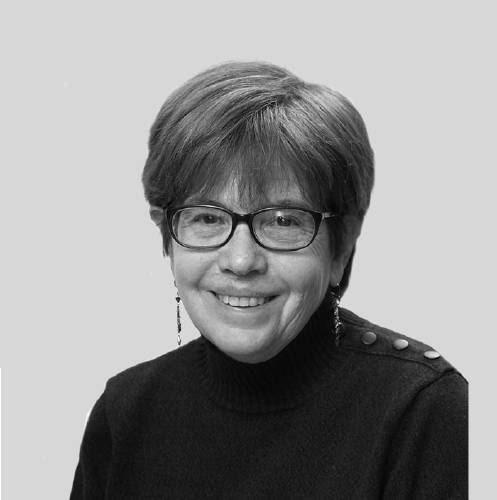 My philosophy has always been, “Expect the worst, and maybe you’ll be pleasantly surprised.”

This self-protective response to disappointment never served me well, especially as I tried to manage the anxiety of dealing with a pandemic in a country run by an insane, wannabe dictator. When I got together with friends via Zoom or for walks and outdoor get-togethers, our conversations would often devolve into our fears for the future. What if Trump steals the election? What if there’s a civil war? What if we all get COVID and die? The “what-ifs” fueled my insomnia and haunted my thoughts. I cycled, ate chocolate, meditated, but my mind was still shrouded with obsessive thoughts of gloom and doom. In late May, I confessed to my friend, Randi Klein, that I was drowning in negativity. Her advice: “Paul Spector’s ‘coffee and calling’ group is on Zoom. You should join.”

Like many of us, former Northampton City Councilor Paul Spector felt the need to do something after Trump was elected. He began making phone calls to legislators, but activism done in solitude proved to be a disconnecting experience, which only added to his despair. He reached out to some friends to join him at his home for a weekly Friday morning “coffee and calling.”

Eventually, about 20 friends and neighbors would gather each week to take action in community. Paul began each meeting with a brief, relevant and always upbeat talk, followed by opportunities to take action together. The meetings provided, in Paul’s words, “a lift” during these challenging times.

When the pandemic ended life as we knew it in March, “coffee and calling” came to a grinding halt, but only temporarily. One month later, Paul switched to Zoom, and his audience multiplied. Today, activists from Northampton to Napa tune in on Wednesday evenings or Friday mornings. Paul is a polling wonk and gives regular election updates from reputable sources. He often starts his meeting with a list of the week’s reasons for optimism. Most importantly, viewers have the opportunity to take action. His “Postcards to Voters” initiative resulted in more than 50,000 postcards providing voting information sent to voters in Florida and other states. Today, the 400 active members of the Friday Action Group have mailed thousands of packets, postcards and letters to Democrats in Bucks County, Pennsylvania, to help score a Biden victory in this crucial swing state.

In August, Paul’s activists recruited attendees for “Pro-Democracy, Anti-Trump: A Virtual FUNdraiser in Three Acts,” an uber-successful virtual event he organized that raised about $200,000 for The Lincoln Project, The Movement Voter Project and Swing Left. The genius of Paul’s leadership is his ability to create a working group that is flexible and committed enough to pivot from postcards to fundraising, from letter writing to phone banking, in the spirit of working together for the same outcome.

I attended my first virtual meeting on May 22 and was amazed to see so many familiar faces in the gallery. I don’t remember the subject of that meeting, but when the meeting ended, I felt a sense of hope that I hadn’t experienced in weeks. I have looked forward to my Friday morning dose of optimism ever since. I have also appreciated the voices of my fellow Friday activists. At a recent meeting, encouraging our group to not fall victim to Trump’s efforts to “throw us off our game,” Paul reminded us that the last time a candidate was doing as well in the polls as Biden was 56 years ago, when Lyndon Johnson ran against Barry Goldwater. He encouraged us to spread the message that we are winning!

Later in the meeting, Michael Kesten, the Friday Action Group’s tech genius, gave a sobering reminder of the chain of events that fueled Hitler’s ultimate takeover of Germany. “It didn’t all happen at once. The first step was to find scapegoats. Then find the thugs. Then, all under the guise of law and order, the economy improved … the death of truth replaced by propaganda.” In 1938, when Michael’s father left Austria, it was too late. “The 1932 election was the only way to stop it (Hitler).”

Michael’s lesson: “This election is the last chance. If the U.S. goes, there is no force on Earth that can bring back democracy … We have the chance to fix this.” Michael’s prophetic warning replicated my own fears as an adult child of Holocaust survivors. But rather than retreat, I doubled down, taking advantage of additional opportunities to get out the vote. I am convinced that the other 182 people on that call also responded to Michael’s challenge to “fix this.” I am so grateful to my friend, Randi, for suggesting I join The Friday Action Group, which in her words, “nurtures my hopes, not my fears.”

“The best antidote to political fear and despair is collective action.” Paul Spector’s mantra has become our group’s motto that will keep us focused on strengthening our democracy well beyond the Nov. 3 election, whatever the outcome. Interested? Go to thefridayactiongroup.weebly.com.

Sara Weinberger of Easthampton is a professor emerita of social work and writes a monthly column. She can be reached at columnists@gazettenet.com.