The Recorder - The latest in newspeak

On Sept. 17, our dysfunctional leader took another major step in his promotion of authoritarian rule. In a campaign-style speech — in of ... 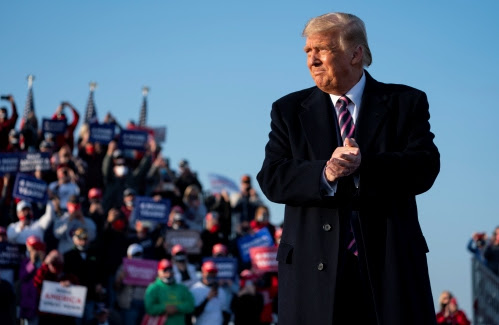 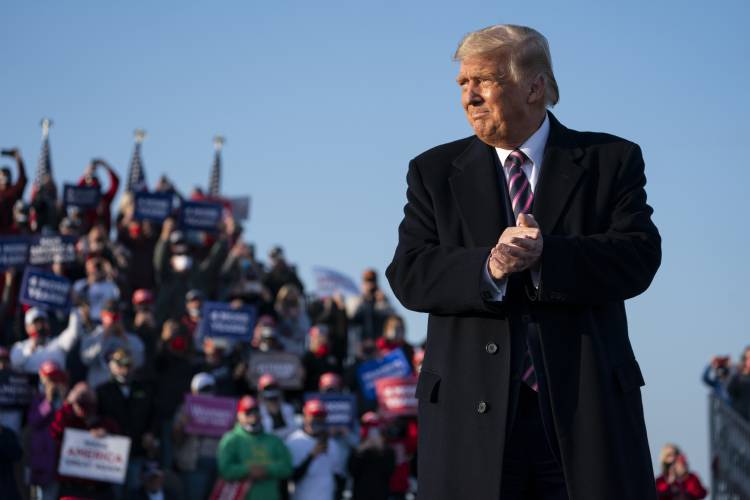 On Sept. 17, our dysfunctional leader took another major step in his promotion of authoritarian rule. In a campaign-style speech — in of all, places or all occasions, at the National Archives Museum of the Constitution and on Constitution Day — Donald Trump ignored the history and facts of slavery to focus on what he termed the “inspiring” actions of those who took possession of this land. He was referring with positivity to those men who destroyed the existing cultures and peoples who lived here, imported 400,000 Africans to provide labor and, as a result, prospered.

The true story of our founding and development never breaks the code of silence to fully describe in our schoolbooks what actually occurred here. In his speech, Trump deliberately ignored it.

There were the reverent comments about the Founders’ creation of a democracy, then a lurch into his saying “a radical movement is attempting to demolish this treasure and precious inheritance. We can’t let that happen. Left wing mobs have torn down statues of our Founders, desecrated our memorials and carried out a campaign of violence and anarchy. Far left demonstrators have chanted the words,’America was never great’.”

Among the numerous men regarded as Founders of the United States, only John Adams, Thomas Paine and Samuel Adams did not own slaves. It was this free labor that allowed the U.S. to be, not great, but wealthy.

This was his address, to applause from invited guests, his constant enablers. He went on to say these radicals are abetted by the media and large corporations. They want to “scare you out of speaking the truth.”

We remember the manner in which fascists leaders of the century past wove lies and delivered false promises. George Orwell, the great authority on language and how we abuse it, defined “newspeak” and could have, here, deconstructed Trump’s fraudulence in an instant.

We have a president and his politicized attorney general, denying the existence of institutional racism in the country, as well as the Black Lives Matter call for justice and legitimate policing. How ironical that Trump appropriated for this occasion, “Radicals burning American flags want to burn down the principles enshrined in our founding documents, including the bedrock principle of equal justice under the law.” This is Trump newspeak.

“America’s founding set in motion … events that abolished slavery,” Trump weirdly proclaimed. He failed to mention that that that process took over 400 years and cost the lives of at least 618,000 people in a civil war. We achieved civil rights, he said, as if Republican legislators throughout the country do not persist in trying to deny all of those who are ethnically different the right to vote.

As an educator and historian, I find most appallingly authoritarian his proposal to install his designed “patriotic education” in our schools. For a man widely regarded as a racist and one who is, in his own words, an abuser of women, to assume a guiding role in our educational system is contemptible.

The central target in his speech was Howard Zinn. I doubt Trump has ever read a word of Zinn’s famous unraveling of such school myths as that of the benevolence of Christopher Columbus in his famous book “A People’s History of the United States.” A statue of Columbus was one Trump referred to as that of a “Founder” being torn down. In fact, King Ferdinand of Spain imprisoned Columbus upon his return for barbaric acts of torture in the islands he had invaded.

Howard Zinn was a friend of mine. From a family that barely survived the Great Depression and an Air Force officer making perilous flights over Germany during World War II, he went on to become a historian — even more, a humanitarian energetically serving the causes of civil rights and social justice. Zinn mentored many. My only regret is not falling in with him sooner in support of the justice he sought.

Strangest to comprehend is Trump’s dedicated following — that of a cult leader, one who has not yet had to order the Kool-Aid. Economic recovery from the Bush recession developed rapidly under Obama and continued under Trump. But stock market increases serve the few. While Trump has failed to delivered on promises to this cult, it is the nature of a cult to remain loyal without reward.

Following World War II, Japanese crimes were omitted from schoolbooks. Israeli textbooks fail to mention expulsion of Palestinians from their homes. This is the sort of history Trump would fashion.

Charlemont resident Carl Doerner is an author and historian currently at work on a re-examination of and challenge to the “American narrative.”