Coronavirus Could Be an Omen for the World's Next Epidemic

Somewhere in China, perhaps in the southern Yunnan province, there’s a cave that may hold the mysterious origins of the deadly coronavirus... 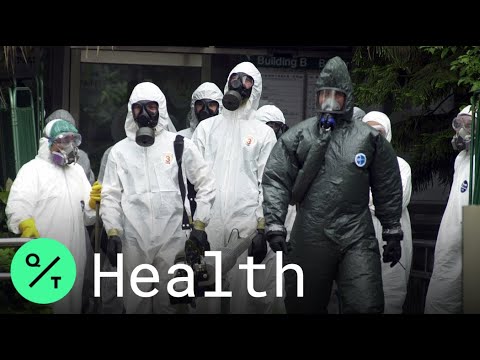 Somewhere in China, perhaps in the southern Yunnan province, there’s a cave that may hold the mysterious origins of the deadly coronavirus that’s infected thousands, cut off millions of Chinese from their jobs and families and wreaked havoc in global financial markets. #Coronavirus #Wuhan #China #ChinaVirus

Bloomberg News health reporter Robert Langreth explains the coronavirus in the context of previous viral diseases including SARS. What experts learned in the health community helped them determine the best plan of action for this novel coronavirus. The biggest question at the end of this may not be where the virus jumped from or which groups to quarantine, but what this means for the next epidemic.

As the human population rises, “the number of those spillover events is rising exponentially. It is a direct product of human activity,” Daszak said. And it’s “a simple mathematical certainty” that there will be more outbreaks like the new coronavirus in the future, he said. Total confirmed cases have exploded in recent days to almost 17,400 Monday, with more than 360 deaths. Some disease modeling experts project there are likely 75,000 or more actual cases, as accurate counts from overwhelmed parts of China are impossible to come by.

The U.S. Centers for Disease Control and Prevention estimates that three out of every four emerging infectious diseases in humans first come from animals. Bats contain the highest proportion of mammalian viruses that are likely to infect people in so-called zoonotic infections, according to research published in 2017 by Daszak in the scientific journal Nature.

“I have 90% confidence it is a bat-borne virus,” says Linfa Wang, who heads the emerging infectious disease program at Duke-National University of Singapore Medical School. He has been studying bat origins of human viruses for decades and works with a group of researchers sometimes dubbed “the bat pack.”

The CDC has said it’s preparing for the disease to spread more widely in the U.S. and doesn’t expect to stop all cases at the border.

One of his colleagues at the Wuhan Institute of Virology found that the new coronavirus is more than 96% genetically identical to a bat virus from the Yunnan province in southern China, according to results published in the journal Nature on Monday. Zheng-Li Shi, a top coronavirus expert at the Wuhan Institute of Virology, has been studying the bat viruses with Wang and Daszak for more than a decade. She’s leading an emergency science team to respond to the outbreak in Wuhan, according to a Chinese media report.

The Nature study found that the new coronavirus is a distant cousin of SARS, sharing almost 80% of its genetic sequence. SARS, or Severe Acute Respiratory Syndrome, is another coronavirus that swept through China and other countries in 2002 and 2003, eventually killing more than 800 people around the globe. It also hijacks the same receptor on lung cells that SARS uses to penetrate cells deep inside the lungs, providing a clue to how it spreads. That receptor is also in the gut, explaining how it may pass through diarrhea as well.

Exactly how the deadly new coronavirus sweeping through China made the leap from animal to human remains a mystery, but scientists say it’s closely linked to urban sprawl and the chaotic and loosely regulated free-for-all of China’s open-air markets. The so-called wet markets, also present in Vietnam, Indonesia and elsewhere around Southeast Asia, feature wild and domesticated animals. They make a perfect mixing ground for viruses.

“These animals are live,” says Christian Walzer, executive director for health at the Wildlife Conservation Society, a New York-based conservation group that also runs zoo and field programs. “You will see a bird on top of a domestic pig, and you might have snake and bats, all stacked together” in wire-mesh cages. Virus-laden fluids and secretions can mix, helping create new viruses, especially when the animals are slaughtered right in front of customers.

“If you planned it and thought, ‘I am going to make new viruses,’” says Walzer, “that is exactly how you would do it.”

The markets may have produced outbreaks in the past that burned out locally. Now, with exploding populations and access to cheap airlines and fast trains, bat viruses from the depths of a jungle can spread to every corner of the globe within days.

QuickTake by Bloomberg is a global news network delivering up-to-the-minute analysis on the biggest news, trends and ideas for a new generation of leaders.